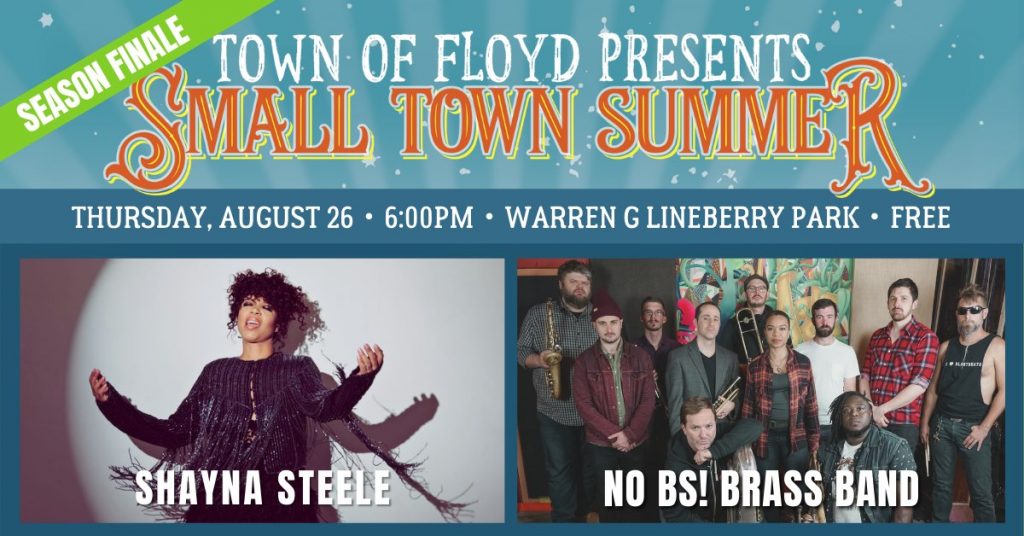 Founders Reggie Pace and Lance Koehler have cast this 11-piece band in which nearly every member has had conservatory training, holding various degrees in music. In putting together the compositions and arrangements, the “b.s.” has been stripped to give the audience something solid, unique, organic, real, and powerful. They have the look of New Orleans with the raw sound all their own — music is a true definition of the “Richmond sound.”

Based in Richmond, Virginia, No BS! Brass has quickly earned a reputation as a premiere band to see for heart-pounding energy and uncontrollable dancing. They take their music into uncharted territory, embracing the spirit of New Orleans into its original East Coast modern funk and fearlessly combining elements of James Brown, John Coltrane, Michael Jackson, and Led Zeppelin into their fiercely original sound.

One of the greatest singing sensations of our time, known from recordings with Snarky Puppy and Moby and a host of other stars, Shayna Steele takes flight on her third album, “Watch Me Fly”. Shayna has performed with the likes of Rihanna, Kelly Clarkson, Bette Midler and Steely Dan as a sought after background vocalist. Shayna made the decision that being in the background was not an option anymore and has been touring regularly as a featured vocalist with Grammy Award winning trumpeter, Chris Botti, was a featured vocalist on Snarky Puppy’s “Family Dinner” and reached #1 on the Dance Billboard charts as a featured vocalist on Moby’s “Disco Lies.” Saying Shayna is ready to step out on her own would be a major understatement.