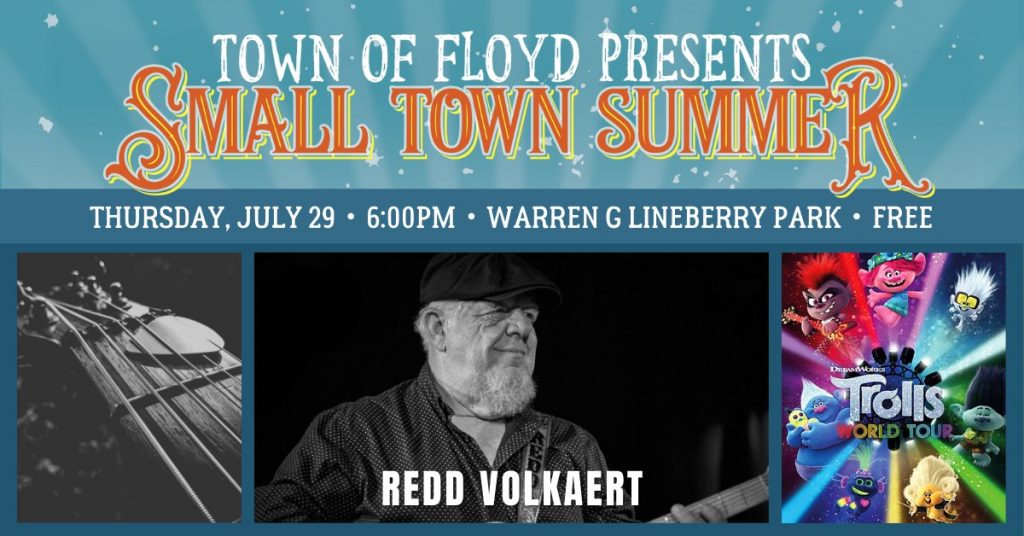 Probably best known as the most Roy Nichols-like successor to the great Roy Nichols in Merle Haggard’s famous backup band, the Strangers, Canada native Volkaert had no difficulty establishing his place among the country’s top Telecaster guitar slingers.

However, to call Volkaert a mere Nichols-like Stranger would be selling short his seemingly effortless ability to conjure up at will a vast array of complex guitar styles and techniques in countless genres and subgenres of country, rock, jazz, swing, surf, etc. Volkaert (a 2004 Grammy nominee for best country instrumental performance) has indeed mastered the many guitar styles he plays in.

Redd will be joined by Eddie Dunlap on pedal steel, Tad Dickens on drums and Dylan Locke on bass.

Poppy and Branch discover that they are but one of six different Troll tribes scattered over six different lands devoted to six different kinds of music: Funk, Country, Techno, Classical, Pop and Rock. Their world is about to get a lot bigger and a whole lot louder. A member of hard-rock royalty, Queen Barb, aided by her father King Thrash, wants to destroy all other kinds of music to let rock reign supreme. With the fate of the world at stake, Poppy and Branch, along with their friends, set out to visit all the other lands to unify the Trolls in harmony against Barb, who’s looking to upstage them all.